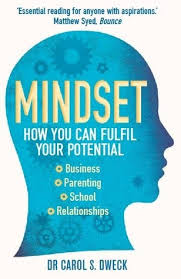 Do you ever wonder what is it that makes some children and young people really want to practice a skill, whether its drawing or a certain tennis shot? What is it that some children will collect a basket balls and spend half an hour on their own practicing their serve?

When you watch your child train or play in a match, what attitude do they display? Do they believe that with practice that they will improve, they will perfect a particular shots or are they convinced that they are just better than some children and that other children are better than them? If so why do they think these things?

Well two years ago I read a book, which shed some light on this. The book really stayed with me. It was also one being read throughout the education world at the time but interestingly has not necessarily become a go to read in the world of sport. The book is “Mindset” by Carol Dweck.

When I read the book I was providing intensive support to three schools specifically in the final push towards GCSE Maths. I was fascinated by the different approach the students took to their learning. Every student I worked with was positive about their studies; they enjoyed working with me and wanted to gain a good grade. Yet some were prepared to practice and others just could not bring themselves to do it irrespective of the grade they were at. I could not help but compare it my weekend and evening world of junior tennis.

I felt it was their Mindset that made this difference. Carol Dweck said there were two mindsets, I would suggest on a continuum. At one end is the fixed mindset. These are the students who in their hearts believe that basic qualities are fixed traits, which cannot really be changed. Mathematical skill is something you are born with; it cannot be altered. These children believed that talent was key to a student’s success. One group told me about a student who scored 197 out of 200 in their Maths GCSE mock. “He must be well clever’ they said and began to discussion as to what it must be like to be that clever. In tennis terms this is the child who believes they are better than one player but another is better than them. If they lose to the first child they will be beside themselves. Before they go on court with the second they will have lost.

So what was my reply to the ‘he must be well clever’ comment. I challenged their comments with, ‘no he’s not born really clever, instead he’s put loads of effort in, and he’s tried really hard.’ I can remember the children looked at me curiously and then one of them said, ‘yeah he works for 4 hours a night, every night’ the discussion moved on as to why they couldn’t do that as they would have no social life.

I suggested that 4 hours were not necessarily required; if they had spend 20minutes a night on Maths since the start of year 10 every one of them would now be on a grade B. A few of the students then said how they wished they could start year 10 again. I asked them about doing 20 minutes a night from now? Sadly this seed still fell on stony ground as they did not truly believe that practice would make much difference to their grade. In tennis terms the child with the growth mindset, will believe that they can practice and will improve and will also recognise that another child can improve too. 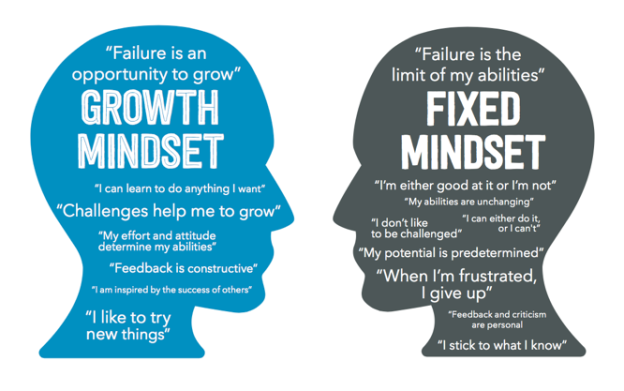 With our children whether it is in tennis, sport or the academic world, we need to be trying to develop a growth mindset so they believe that there is no limit to performance if they are prepared to practice enough. In my next blog, I’ll look at how you can identify your child’s mindset and then in my third blog on this topic, I’ll look at practical strategies you can use to develop a growth mindset in your children including the power of ‘yet’!

5 thoughts on “What I’ve learnt from junior tennis: Growth and Fixed Mindsets”